The first bridge is right at the trail head. We hang over the railing, listening to the trickle of water and naming the first five wildflowers of the day. It’s one of the first really hot days of the summer, though it’s already mid-July. A long, cool, rainy spring has brought out an unusual abundance of life in Colorado. Before we’ve gone ten steps up the trail, we’ve started to notice the dots of red moving, moving, on every twig and blade of grass. We’ve seen ladybugs gather in clumps on mountaintops in the fall, but this is something quite different.

The flowering season seems to have been condensed, too, with early flowers like lupine still in bloom alongside gaillardia and even asters, the quintessential fall flower, already showing purple. We pass a large fir where we discovered a hummingbird nest one year. No hummingbird this time, but there are loud cries coming from somewhere in the aspen by the creek. We watch till we spot a woodpecker shooting straight toward a hole in a trunk as the clamor gets even louder.

As we wind up the valley, new varieties of flowers appear and others fade out, but still the ladybugs accompany us. We stop to breathe and to watch the first cloud we’ve spotted all day. As it drifts from west to east, it gets wispier and finally vanishes in the blue. Somehow there’s more room here to get a glimpse of the really big things: my better self, aliveness, all creation.

This is the same park where I worked as a naturalist for three summers. I was on the rebound from a job in a darkroom, burning plates for printing presses. The pressroom worked 10-hour days, so in winter we never saw the sun during the week. I know intellectually that God is also present in the darkroom, along with airport waiting areas and hotel conference rooms, but there’s something about those places that creates a kind of spiritual static in me, so that I can’t tune God in.

That’s not a problem as we reach the high meadow and find purple pools of wild iris still in bloom. Spotting a likely aspen grove, we make our way around the edge of the marshy valley floor. As park naturalist part of my job was educating visitors not to pick flowers or cart away rocks, to stay on the trails to reduce erosion. I sometimes wonder, though, if that hands-off attitude, viewing the “exhibits” from the center of the path, doesn’t actually contribute to a sense of separation between people and the rest of nature. We do try to avoid sitting on flowers as we sink down in the shade.

Within minutes there are ladybugs in our hair, on our jeans, crawling across the backs of our hands. My daughter bends a branch back toward her, to get a better look at the ladybug that’s climbing it. As she lets go, the ladybug is launched into the air.  Soon we’re all bending twigs and blades of grass, catapulting ladybugs, which spread their red wing cases, shining in the sun, and rise to join the cloud hovering over the meadow. Joy bubbles up into laughter - perfect day - state of grace. 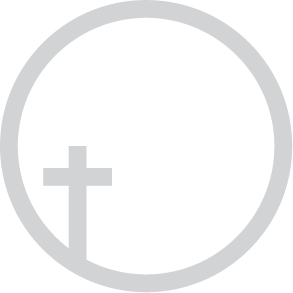 The Off-Centered Cross
by Charles Howe

During the late 1940s until the 1970s, and occasionally up to the present, one symbol used to identify Universalism was an off-centered cross within a circle. The circle represented the inclusiveness of Universalism, the cross its roots in Christianity, and its off-centeredness both that Christianity was not necessarily central and that there was space within the circle for the symbols of other faiths.

It was developed by a group of young ministers, most of them recent graduates from the School of Religion of Tufts College in Medford, Massachusetts. They called themselves the Humiliati, meaning “the humble ones,” taken from an ancient Italian monastic order. The Humiliati saw their primary mission to be the revitalization of the Universalism movement which had been losing its distinctiveness as other Protestant denominations continued to minimize the threat of hellfire.

Beginning in 1945 annual meetings were held that fostered fresh theological thinking and new rituals which did much to redefine and renew Universalism. In 1954 the Humiliati disbanded, feeling that their mission had been accomplished and that the Universalist Church of America and the American Unitarian Association were prepared to address the matter of merging. Many of them continued their relationships through joining the Fraters of the Wayside Inn, a venerable organization that the Humiliati had used in patterning their own.

After the Universalists and the Unitarians consolidated to form the Unitarian Universalist Association in 1961, a number of the charter members of the Humiliati, including Gordon McKeeman, Raymond Hopkins, Albert Ziegler and David Cole, went on to fill leadership positions.

Charles Howe, UNIVERSALIST HERALD board member, is a retired UU minister and  historian; he is a frequent contributor and lives in Raleigh, North Carolina.

Is the Universalist  Herald  Christian?

In Defense of an Atheist

Ok To Push The Fat Man?

Finding Calm in the Midst of the Storm

What’s in a Name?

The Universalist in Me

Back to Reflections main page